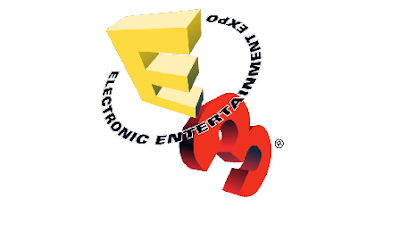 Since I did not really watch much from E3 live, all this post is going to be is listing a number of games that peaked my interest while looking through the games that were announced/updated/talked about/what-have-you.

Ace Combat 7: Skies Unknown:  Loved Ace Combat X on the PSP and I've been chasing that high with the Ace Combat games ever since.  Based on trailer, seems like it'll be better than AC: Assault Horizen (hopefully anyway).  (PC/PS4/XBO)

Ashen: Open world survival in a sunless world, and not co-op dependent is a definite plus.  Love the art style. (PC/ XBO)

The Artful Escape: Side scrolling adventure game with musical abilities (bard?).  A hipster aesthetic, but a fun looking concept.  (PC/XBO)

Bloodstained: Ritual of the Night:  This game looks a lot like a modern side scrolling Castlevania title, probably because one of the producers from Castlevania is working on this game, AS WELL AS Michru Yamane, who was responsible for a lot of the Castlevania music.  Excited.  (PC/PS4/Vita/Switch/XBO)

Cuphead:  As with some other games that were announced, I really like the visual aesthetic. (PC/XBO)

The Evil Within 2: By now, it should be pretty obvious that I am a sucker for horror games and I do love me some Bethesda.  I guess I should probably play the first game though. . .a Steam is coming up soon with their summer sale so. . . (PC/PS4/XBO)

Kingdom Come: Deliverance:  I recall hearing about this game a while back and the combat system and visuals were very enticing.  I am excited to see that it will be released next year.  The only initial hang up is whether the game is only in first person or if you can switch to 3rd person, which would be my personal preference. (PC/PS4/XBO)

The Last Night:  I really wasn't too interested by the name and description of the game, but then I watched the trailer and that all changed.  The visuals remind me a bit of Out of this World, but that could just be the pixely protagonist, but something about it all just looks very intriguing.  (PC/XBO)

Metroid: Samus Returns:  This was the first (or second) game from E3 that I heard about and the only one that I really cared about until I started writing this article, post E3.  I am very excited for this title and the only thing that could mar this release would be if it was only available for the New Nintendo 3DS.  (3DS).

Middle-earth: Shadow of War:  I really enjoyed the first game, so I am interested to see how they improve on their Nemesis System.  I also want to see how they progress the story. (PC/PS4/XBO)

Monster Hunter: World: Honestly, I've only played one of the Monster Hunter demos that was released for the 3DS and I wasn't too impressed, but something about the games first release on the PC has me interested again, and I am not entirely sure why.  (PC/PS4/XBO)

Neil deGrasse Tyson Presents: Space Odyssey:  I am slightly intrigued by the description even though I have seen a number of universe simulators, but I do love me some Dr. Tyson.  (Android/iOS/PC)

Ori and the Will of the Wisps:  I still haven't played Ori and the Blind Forest, but I have been meaning to (as well as meaning to buy the game), but I heard nothing but good things so this title was interesting as well.  (PC/XBO)


If I did not happen to mention a game that you think will be the best game of 2017, not just E3 but the entire year, then oops and oh well.  There is probably also a good chance that I just passed over the one of 157 games on the larger list I used.