I don't know why I've had such a difficult time writing about my experiences playing KHOLAT, a part survival horror, part walking simulator game from Polish developers IMGN.PRO.  This is now my third attempt to write a cohesive article.  KHOLAT was released back in June of 2015, and I finished the storyline back in November of 2016 after only six hours.

I think where I kept going wrong, was that in both articles, I started talking about the contextual history of KHOLAT, which is based around the nine missing students from the Dylatlov Pass Incident that happened in the Ural Mountians of Russia in February of 1959.  That section usually got bogged down in unintended heaviness and unintentional sentimentality while assuming connections between the real world events and what IMGN.PRO was trying to convey by telling this interpretation of the events.

I also talked about similarities I felt existed between both Dear Esther, and Slender: The Eight Pages, which lead to a not so brief discussion about the survival horror genre (which actually lead to the creation of an article about weaponless survival horror games I put together back in February) and that I felt was pulling me farther away from actually talking about aspects that I liked in KHOLAT.

So now, I am finally going to get around to talk about my experiences. 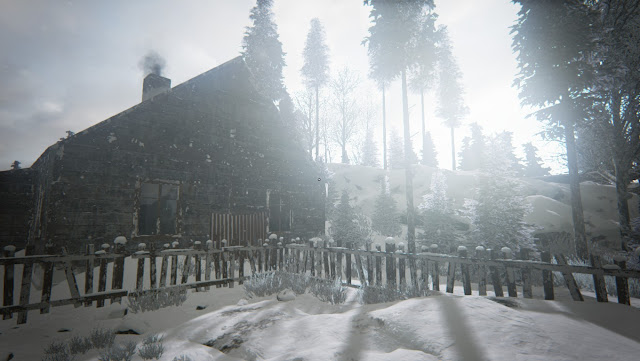 First off, my computer more-or-less was able to handle the graphical requirements.  I played the game with medium graphical settings pretty much across the board, and even then, the game maxed out at about 28 frames per second.  At times, and in some specific areas, the frame rate dropped down to 15, which was still very playable as I told myself that I would be moving slowly too if I were trudging through that much snow.  Graphical limitations of my computer aside (as I do not find fault with the game) the game ran well, and only crashed a few times, which was pretty annoying, but it is something that I kind of have to learn to deal with.

Even having knowledge about the Dyatlov Pass Incident, tracking the story was a little difficult.  Throughout the game, you find journal entries, newspaper clippings, government reports that give you hints to the overall story.  Combined with the occasional narration by Sean Bean, and trying to 100% nail down who Sean Bean was as a character, made the game a little more confusing that I was expecting, but it did not take away from my overall enjoyment. 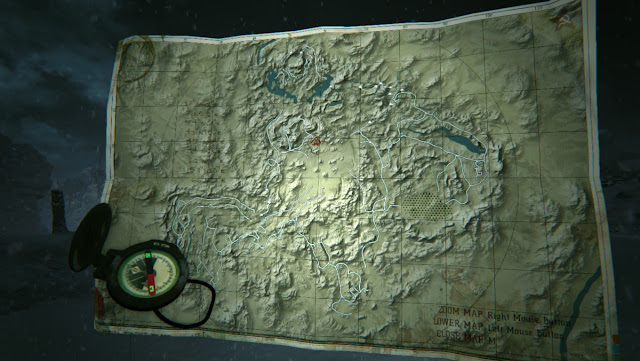 Traveling around in this fairly massive area was pretty fun too.  Along with a map, you were also given a compass, which also doubled as a monster detection device that also (I am positive) connected to the storyline. . .somehow.  But I loved being able to pull out the map, take out the compass, use the flashlight on the map, then walk and the map was pulled down to only cover the bottom half of the screen, like what you might do in real life if you found yourself lost.  The map also contained coordinates, but you could only see coordinates on your map, and your exact location was not marked on the map.  Although, whenever you came across a camping location (which allowed for saving and magical transporting to other discovered camp sites), a document, or a significant location, those were marked on the map and you were able to get a better idea of where your exact location was.

I can equally see some people not liking the fact that your map doesn't operate in a traditional video game map sense.  Also not being able to interact with most objects in the environment, coupled with not having any weapons or defense against the few enemies could be a turn off.  My only retort to that is that this is not that kind of game and was not intended to be.  That's all I've got.

The other thing that I loved and was equally surprised about KHOLAT was the soundtrack, written by Polish composer Arkaduisz Reikowski; we used one of his songs for a MIDI Week Single back in October 2016.  I feel that is really all I can say about the music, is that the whole soundtrack is beautiful and surprisingly calm for a game with survival horror elements.  It actually reminds me a little bit of Jessica Curry's music from Dear Esther, but that could just be because KHOLAT itself reminds me of Dear Esther. 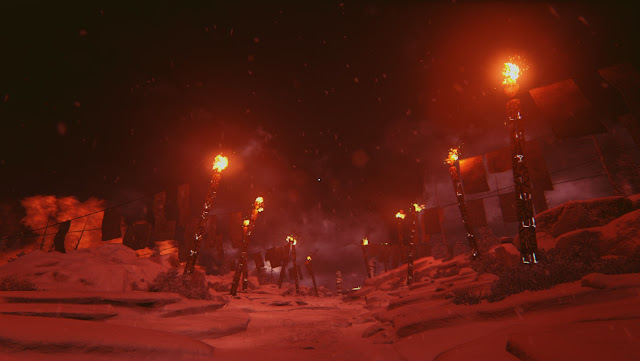 What I took away from KHOLAT was that it was a damn beautiful game that seemed primarily about experiences.  There were no enemies to fight, only to run away from.  There were no power ups, or items to collect that leveled up your character.  The items you did find existed to help tell a somewhat confusing story (maybe I just needed to find more?) and I am positive that you could go through the entire game, only reaching specific locations in order to reach the end of the game and still have no idea what was going on.  There were plenty of times in the game that I was just in awe of the visuals and even Sean Bean's sporadic moments of narration seemed melancholy yet wanting to help to somehow make things better.  And since the story can be finished in six hours (probably less as I took a lot of time just looking around and generally exploring, as well as dying on occasion), there is really no reason not to give KHOLAT a chance if you had any interest at all in games like Dear Esther, Slender: The Eight Pages or Amnesia: A Machine for Pigs.

In closing, if you are at all interested in giving KHOLAT a chance, I would highly recommend reading up on the Dylatlov Pass Incident.  There's the Wikipedia article, or if you have a couple of hours and enjoy history based and weird (in the "weird fiction" type definition, but in a non-fiction sense), I would recommend listening to the two part Astonishing Legends Podcast about Dylatlov Pass; which also includes pictures recovered after the bodies were found.  This information will at the very least, give some meaning behind the end of the game.

I am now looking forward to IMGN.PRO's next foray into survival horror, Husk, which was released back in February of this year.

~JWfW/JDub/Jaconian
Cause the Soul of No Body Knows

P.S.  Here are a couple more shots I took while playing, if only because it really was just a beautiful game to walk around and look at the environments (when your compass wasn't going crazy before some fire born entity burst out of the ether and killed you).